The Prinergy Trap Tool will always create an extra “Trap Gap” trap when trapping a foreground and background object, whether vector-to-image or vector-to-vector. 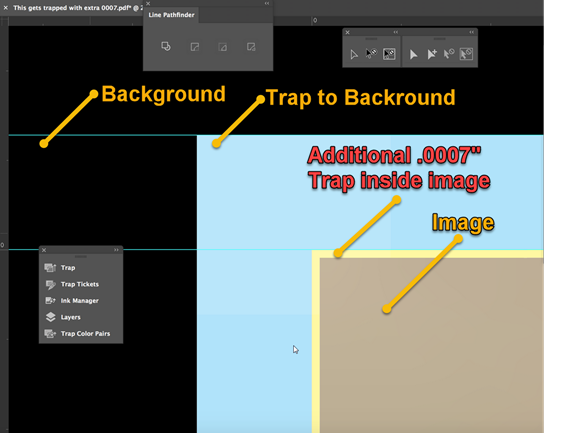 This extra .0007” trap is created on a unique layer called Trap Gap Layer: 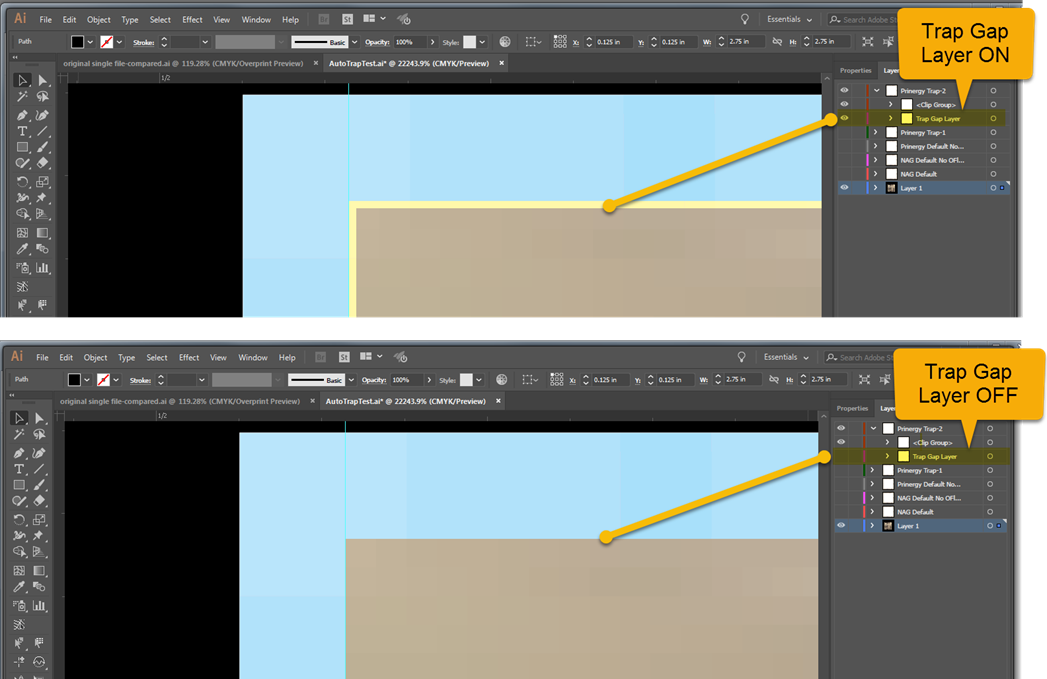 This extra Trap Gap trap is created to ensure that no paper gap can show between the trap and the foreground object. The Trap Gap trap is not required for horizontal or vertical lines, but is applied universally to all trap objects to compensate for tiny gaps that can occur between trap and object with curved trap paths, due to the way that curves are translated into many tiny straight vector lines.

This extra gap trap is only .0007” wide, which results in only one or two single pixels being added to a trap width. This extra trap is added as mainly a precaution to make sure that no gaps can possibly occur.