Use the slider to preview the dark areas in contrast to the light areas. The comparison of the files before and after changing the opacity value is shown in these two images. 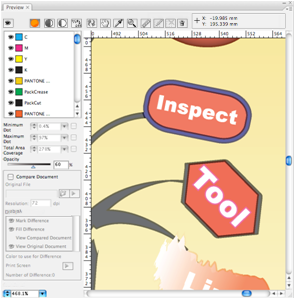 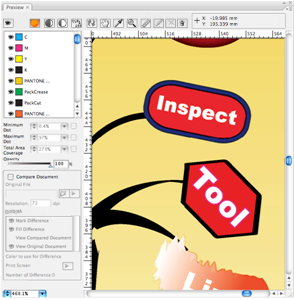 The Opacity Preview Mode can be applied to both single ink and multiple inks, as shown in this image with several inks. 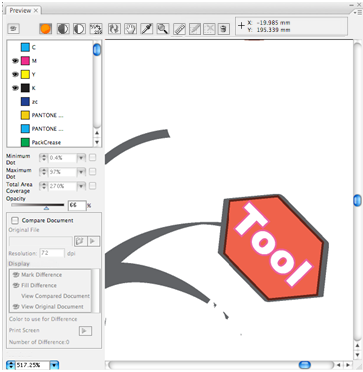