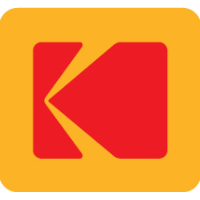 The new Multiple Die feature allows a job to have more than one die or CF2 in a PLA job. When a user drags this feature to the PLA ticket, the dialog box will have the same options as Pandora for placing vertically or horizontally, left or right, above or below, and will match Pandora values. Only the Multi Die criteria or single Die criteria can be used on a PLA ticket as they are mutually exclusive. This feature also supports either manual or automatic assignment of artwork to different CF2 files like single die does. Each die has a separate name.

Unlike Pandora, which will allow you to add the same named die to the layout more than once, PLA requires that each die have a separate unique name.

When using the multi-die feature, if you have enabled the preference to show the visible column for Die File, you will not see the die file name when you view the status of the job in PLA Manager.

When you add multiple CF2 files to your layouts, the Die Waste and Split Color Bar marks will be applied to only to the first die station. The other die stations do not get these marks applied.. This functionality will be implemented in a future version.

When you add multiple CF2 files to your layouts, there are no current validation rules that can be used to verify that the dies will fit on a fixed substrate size. This functionality will be implemented in a future version.

If you use the PLA client on macOS with a language other than English, the Edit and Export buttons are missing. If you need to change any values for an existing item, delete it and create a new item with the up-to-date values. If you need to export ShopMap items, you can use a Win client to perform this function in your native language or temporarily use English OS on your Mac. This functionality will be implemented in a future version.