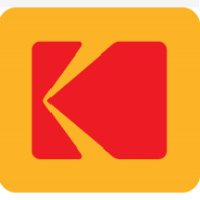 ColorFlow 7.5 includes simplified curve creation and application. You can now use ColorFlow (rather than Harmony) to create curves from measured targets. In Prinergy, you can then use these ColorFlow curves for tonal calibration in exactly the same way as Harmony curves. In Prinergy 7.5, you no longer need to enable a color setup in order to use ColorFlow tonal calibration curves. If you use a spreadsheet of numbers to create curves (i.e. node-based curve creation), Harmony is still the best choice to create these types of curves.

In the previous version of ColorFlow, you could create only one conversion for an SCO. If you wanted to have multiple output conversions for an SCO, you had to create multiple color setups. You can now create multiple versions of the conversion for an SCO and use the same device condition as the PCO. You can give each output version a name and select one version as the default for Prinergy output. You can also add, delete, redefine, and adjust output versions. In Prinergy, you can choose the desired version from a dropdown list in the Prinergy Output Process Template.

Estimate response from current device condition You can now  estimate color response from the currently active response of a device. This allows you to modify the white point or the gain of the active measurement.

A new Plate Curves tab has been added to the main dashboard for managing plate curves. This replaces the View > Plate Setups menu item in the previous version of ColorFlow.

You can now create a transfer curve with CMYK and spot curve channels. These may be selected as device curve presets or selected in Prinergy for print calibration.

Verify pooled device response You are now prompted with a warning message if the response of a device indicates it may not be compatible for pooling. Changes in Device Curve Definition and Measurement workflow Some extensions have been made to the Device Curve Definition and Measurement workflow. You can now launch measurement before defining device curves. When the measurement is activated, the selected characterization curve becomes the device curve definition. You can also use the current workflow.

You can now check if the response of a print calibration curve, an SCO, or a PCO matches the target in a Verification report.

Limitations: in the current release, the following Verification reports are not accurate and it's recommended that you do not use them until the problem is fixed:

A new Show curve changes only option has been added to the Profile Input Curves and Profile Output Curves view/edit dialog box. If this option is selected, the curve graphs and the curve values of the selected color channel only show adjustments made to the curves.

You can now generate DeviceLinks by using the new Profile Pair Linking method. The DeviceLink is generated by direct evaluation of source and destination profile tags, providing the same black generation as the destination profile. The method applies to RGB and CMYK color inputs, and non-curved SCOs.

Limitations: although you can use a P2P chart to generate ICC profiles in the Pro Workflow Edition, the generated profiles are not accurate and are not acceptable for color management. ColorFlow will block the use of the P2P chart for profile generation in a future release. It's recommended that you only use P2P charts to generate gray balance curves.

Recommendation: Flatten PDF files before color matching. If your PDF files contain RGB data, it is highly recommended to color convert this data prior to flattening.

Note: Contone proofing cannot be used to predict this issue when color matching is performed on final output.